Skip to main content
Kassotis+ is a streaming service that offers a wide variety of award-winning TV shows, movies, anime, documentaries, and more on thousands of internet-connected devices. 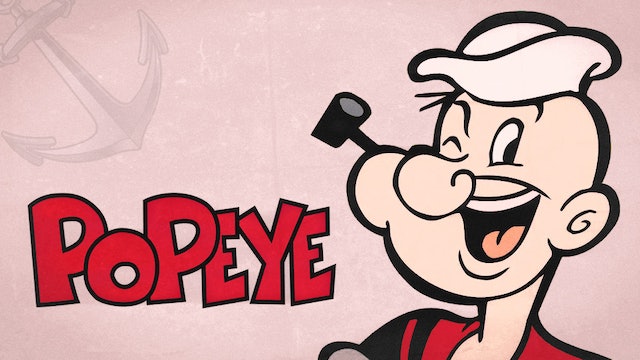 For The Spinach Lovers: Popeye The Sailor

Popeye the Sailor Man is a fictional cartoon character created by Elzie Crisler Segar. The character first appeared in the daily King Features comic strip Thimble Theatre on January 17, 1929, and Popeye became the strip's title in later years. The character has also appeared in theatrical and television animated cartoons.

Popeye's story and characterization vary depending on the medium. Originally, Popeye got "luck" from rubbing the head of the Whiffle Hen; by 1932, he was instead getting "strength" from eating spinach. Swee'Pea is Popeye's ward in the comic strips, but he is often depicted as belonging to Olive Oyl in cartoons.

There is no absolute sense of continuity in the stories, although certain plot and presentation elements remain mostly constant, including purposeful contradictions in Popeye's capabilities. Popeye seems bereft of manners and uneducated, yet he often comes up with solutions to problems that seem insurmountable to the police or the scientific community. He has displayed Sherlock Holmes-like investigative prowess, scientific ingenuity, and successful diplomatic arguments. In the animated cartoons his pipe also proves to be highly versatile. Among other things, it has served as a cutting torch, jet engine, propeller, periscope, musical instrument, and a whistle with which he produces his trademark toot. He also eats spinach through his pipe, sometimes sucking in the can along with the contents. Since the 1970s, Popeye is seldom depicted using his pipe to smoke tobacco.

Popeye's exploits are also enhanced by a few recurring plot elements. One is the love triangle among Popeye, Olive, and Bluto, and Bluto's endless machinations to claim Olive at Popeye's expense. Another is his near-saintly perseverance in overcoming any obstacle to please Olive, who often (if temporarily) renounces Popeye for Bluto.